Eastminster Presbyterian Church was organized under the sponsorship of First Presbyterian Church on October 7, 1951. Initially, 106 charter members began meeting in the cafeteria at Chilhowee Elementary School on October 14, 1951. The congregation continued to meet there until moving to the present location on Asheville Highway on September 13, 1953. The initial services were held in what is now the Lillian Hill Chapel until the present sanctuary was completed in 1956.

The first full time pastor Rev. Arthur Field, Jr., was installed in 1952 followed by Rev. William Smith III in the Spring of 1958. Rev. Smith was succeeded in 1965 by the Dr. Richard Love who served Eastminster for 3 years.

In 1969 the Session called Rev. A. Hubert Rust to be Eastminster’s next pastor. This was the beginning of a long and illustrious career in which many of our church’s programs were launched or expanded, including the Wednesday night dinners and the FISH ministry for feeding the needy. Rev. Rust retired from the ministry in February of 1987 ending a relationship that had lasted for almost two decades. In September 1987, the members of Eastminster bestowed a special honor on Rev. Rust by naming the newly erected fellowship hall in his honor.

The Rev. Dr. Frank Sells, was installed as Eastminster’s fifth pastor on November 22, 1987. Dr. Sells’ focus was on involving the members of the church in the leadership, decision making, and work of the church. He created the Council system (now called Committees) to help our members take ownership of our ministry, both local and throughout the world.

Dr. Chris Carlson was called to serve as Eastminster’s sixth pastor in 1994. Dr. Carlson’s ministry focused on Christian counseling and bringing God’s word to life. It was under Dr. Carlson’s leadership that funds were raised for the construction of our outdoor pavilion. 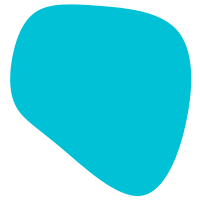 In 1999 the Session called Rev. James P. Hall to be our interim pastor. Rev. Hall led our church with such enthusiasm and energy that the church thrived under his leadership. Rev. Hall led us with the energy of a young man, but with the wisdom that came from his many years of experience. He holds a very special place in the memories of our people. Rev. Hall served as our interim until 2001.

In the Spring of 2001, Eastminster called Dr. Richard Hawks to serve as our seventh pastor. Dr. Hawks’ ministry helped create a Praise Band that led Sunday night services, and he will always be remembered for his compassion for our elderly and homebound.

In 2007, Eastminster was once again in need of a capable interim pastor to lead us while we searched for a new minister. Enter Rev. David Maude. Rev. Maude led our church during another difficult period of transition and helped us to stay the course as we continued our ministry. Like Rev. Hall, Rev. Maude carved out his place in our Church history with his leadership skills and his love for our people.

Today, Eastminster remains a fixture on the East Knoxville landscape. We are known as a church that cares for its people, cares for the community, and reaches out to the world. We have many active mission projects that help those around us. We are proud of our Sunday morning worship service, and we feel that God is working in our church family. We look forward to the future as we strive to be a beacon in the community as God continues to use Eastminster to build His Kingdom.